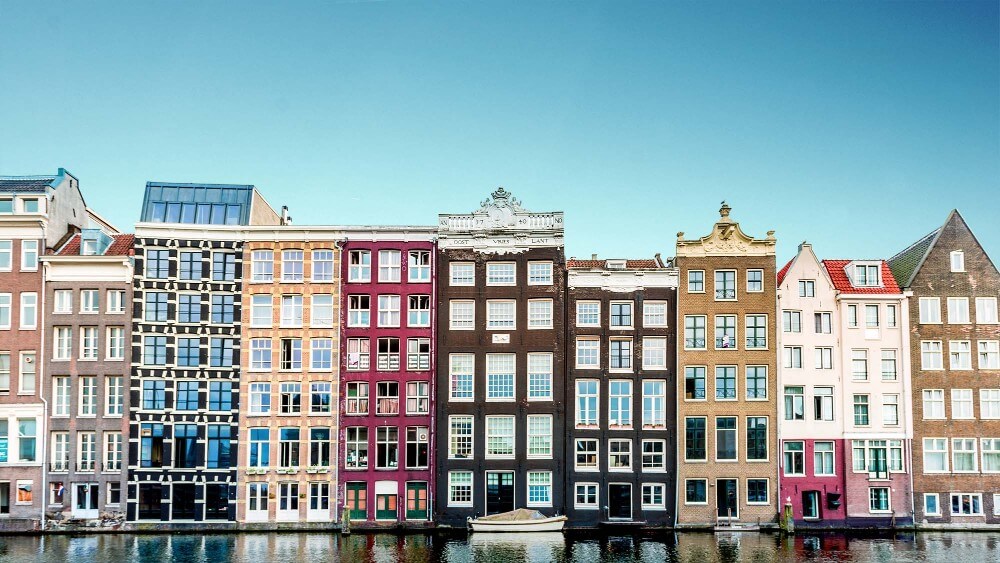 Amsterdam, May 30, 2022 – The housing shortage in the Netherlands is alarmingly high, while prices are rising and the average selling time is becoming shorter and shorter. It is the sad result of the overheated housing market that the Netherlands is struggling with. Is there a light at the end of the tunnel? Maybe. Our research shows that the overbidding percentage on houses is decreasing.

Our database shows that the number of sold houses has decreased again. In the first three months of 2022, 27.662 houses were sold. That is a decrease of 34% compared to the same period last year (42.180) and a decrease of 12% compared to the previous quarter (31.468). According to Luke Liplijn, CEO Matrixian Group, this decrease is due to the shortage of ‘suitable’ houses, which has made the mismatch between supply and demand even more dramatic in the Dutch housing market. 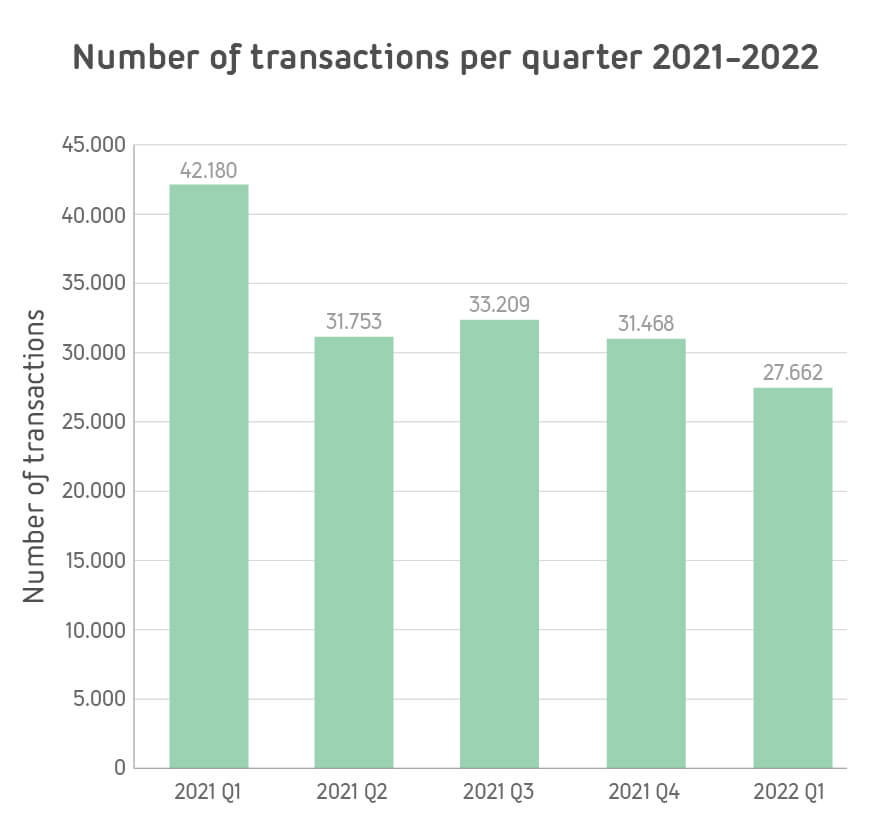 In addition to the decreasing number of sales and increasing prices, it can be seen that houses are also being sold faster. The selling time, meaning the number of days that a house is for sale, has fallen. In Q1 2022, the average selling time was just 30 days. That’s a 33% decrease from the same period last year (45 days) and 9% from the previous quarter (33 days). 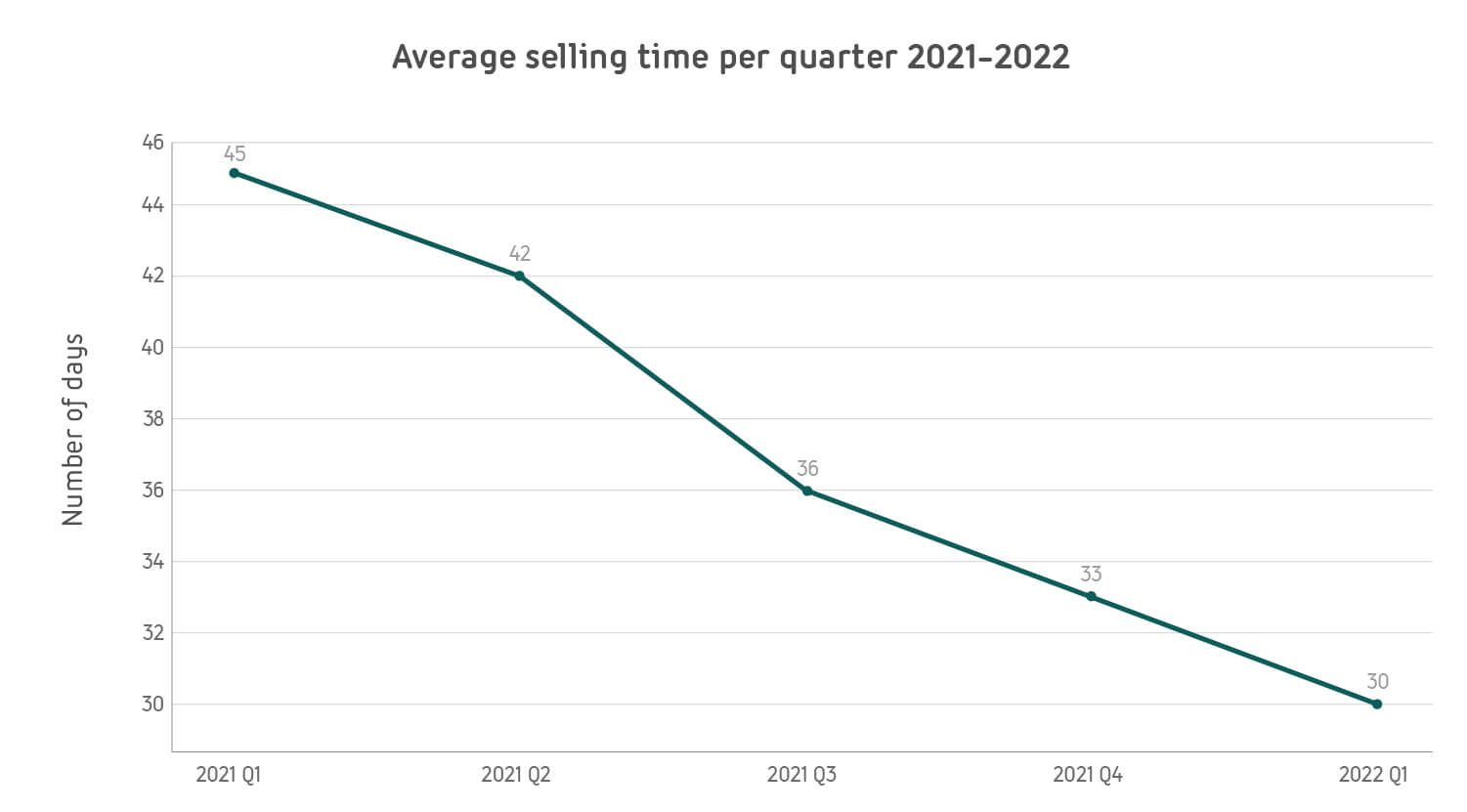 Is there really no light at the end of the tunnel? Yes, there is. While home buyers’ bids are still well above the asking price, we see a little decline for the first time in a long period when looking at the average overbid as a percentage of the asking price. In Q1 2022, an average of 9.23% of the asking price was overbid and 9.39% in the previous quarter. So a small decrease of 0.16%. According to Luke, this is the beginning of a positive development within the Dutch housing market.

“Although 0.16% is a modest decrease, we are now two months further in which a lot has happened. Interest rates have risen, energy prices have become more expensive and fears of a possible recession have increased. Together with inflation and the lag in wage indexation, this is further depressing consumer confidence, which was already at its lowest level recorded in April. It is therefore very likely that the decreased overbidding rate will continue and that we have passed the tipping point of an overheated housing market,” says Luke. 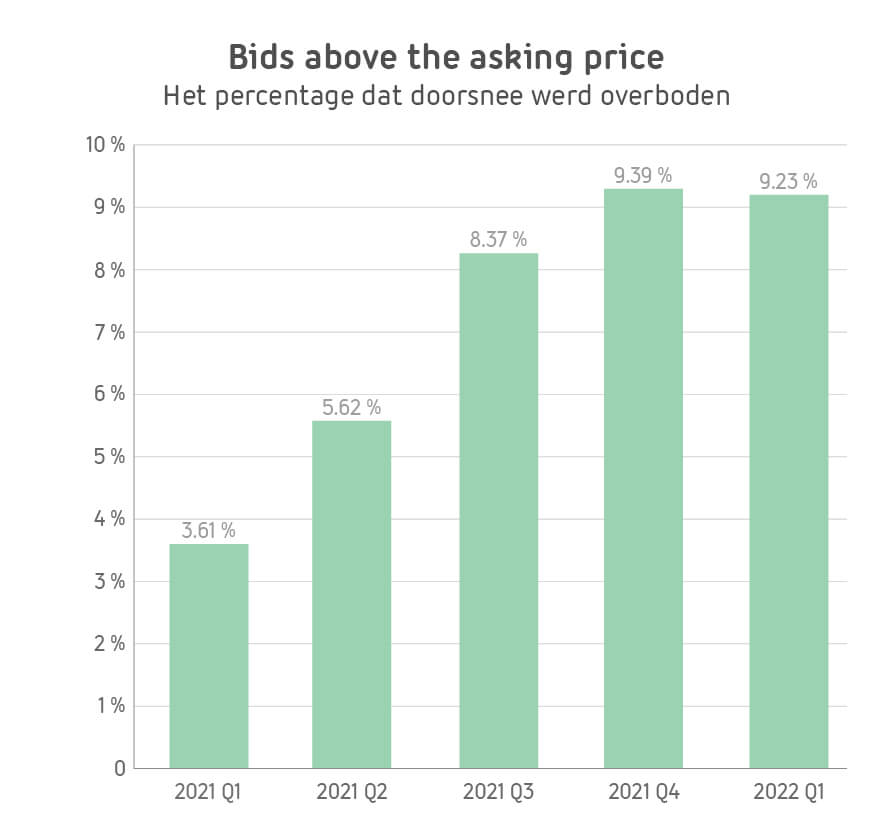 Curious about how much is overbidded in your municipality?

Our interactive dashboard provides you with detailed housing market figures per municipality.

Please note: all figures refer to the private housing market. In addition, foreclosure sales and other outliers that cast doubt on representativeness were not included in the analysis.